Skip to content
Loading...
No.1 / 2019
Individual mythologies
Labour is a treat in itself when you enjoy it
Post-communist iconology
Arts venues from the neo-avant-garde to the present
The body as a certainty 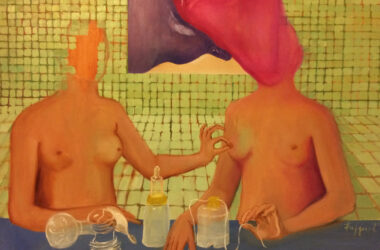 The history of feminism dates back at least a century, provided that we consider the initial (if not the very first) period of emancipation and the fight for women’s rights. Ales, it is  advisable to do so because with the establishment of the first women’s movements, women’s painting schools opened all over Europe, including Hungary: women as artists became part of the fine arts discourse from that time on.